Something that would never happen but did! This section is about all the wondrous things in our world - Wildlife Animals, World Medicine, Physics, Archaeology - things too numerous to list.
Post Reply
25 posts

Biggdad wrote:Could be that there will be NO humans left on earth, & the new civilization will be entirely ROBOTS!

IT WILL BE KNOWN AS THE YEARS BEYOND MAD MAX!!!!

Do you notice that computers & robotics are becoming more autonomous everyday. You buy a new computer today & in 6>twelve months
a new more intelligent model comes out. There are robots working in factories now, one example is loading a car engine block onto a machine
which machines it. Then anther Robot takes it off the machine & puts it on a robotic transporter Cart which follows a electronic track embedded
into the factory floor, it will deliver the engine to the next station..... SO YES ROBOTS COULD BE BEYOND MAD MAX & BUILD THEMSELVES!

WHEN YOU TELL THE TRUTH, IT'S LESS YOU HAVE TO REMEMBER. 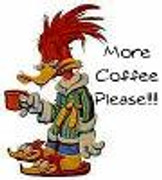 Ok guys and girls, and who will bring new robots into our lives?
I am so glad that no one has asked me yet to mate with a robot!

Yes cars have robots in production. My car was 95% built by robots and 5% by real humans.

“Although the world is full of suffering, it is full also of the overcoming of it. ”
Helen Keller
Top

godfather wrote:Ok guys and girls, and who will bring new robots into our lives?
I am so glad that no one has asked me yet to mate with a robot!

The human race won't need to reproduce if robots are going to keep us alive and healthy to enjoy our tourism, leisure, hobbies, comfort etc, not overcrowding the world with new humans!

Larry Page, co-founder of Google, says that once jobs have gone because of technology, that can be a good thing. The cost of things, including housing, will decrease; and business will become more efficient. There will be deflation.

Seems to me he is looking ahead, but not to the ultimate outcome. We are in a technological revolution, and who knows the outcome of any revolution. We only know going through it can be difficult!

And jobs are the basis of the economy, people spend money the economy grows,
i sometimes wonder at the thinking of those people that come from a position of
wealth and success, why not ask the bloke or girl sleeping on the streets what they
think.

“You see things; and you say, ‘Why?’ But I dream things that never were; and I say, ‘Why not?’”
George Bernard Shaw
Top

A very surprising young man. No hints on how to get rich, get famous etc, except perseverance.

Europe is leading a third industrial revolution, says Jeremy Rifkin, and it's all about sharing, the internet, renewable energy and new modes of transport.
6 min video

How Universal Basic Income Will Save Us From the Robot Uprising

A BIG Idea Whose Time Has Come

As a concept, a basic income guarantee (BIG) has been bantered around for quite some time now. As early as 1795, American revolutionary Thomas Paine called for a Citizen's Dividend to all U.S. citizens for "loss of his or her natural inheritance, by the introduction of the system of landed property." Even Napoleon Bonaparte agreed that "man is entitled by birthright to a share of the Earth's produce sufficient to fill the needs of his existence."

In his 1967 speech, "Where Do We Go From Here," Martin Luther King Jr. said: "I am now convinced that the simplest approach will prove to be the most effective — the solution to poverty is to abolish it directly by a now widely discussed measure: the guaranteed income."

The idea has also been supported by the esteemed economists Friedrich Hayek and Milton Friedman, the latter of whom advocated for a minimum guaranteed income via a "negative income tax."

A number of countries are currently considering, or even implementing, various basic income schemes, such as Brazil, Switzerland, Canada, and Germany.

Even conservatives are on board. A noted by Noah Gorden in The Atlantic, creating a wage floor would be an effective way to fight poverty and to reduce government spending and intrusion.

I dream, therefore I am.
Top
Post Reply
25 posts